Blog - Latest News
You are here: Home / Uncategorized / Why You Can Never Empower People, but You Absolutely Must Engage Them

Leaders have wasted a lot of time and money on two of our favorite Business Buzzword Bingo terms for the last three years: empowerment and engagement. Here’s the real skinny.

Gallup says a whopping 70% of people are disengaged from their work. That’s critical because the very few companies with high engagement enjoy much higher net profit margins and five times the shareholder return.

Engage People By Empowering Them?

The standard answer is that if you empower them, they will become engaged. But that is an answer developed within a command and control mindset, which is not the place to find out how people are empowered. As Einstein said, “Problems cannot be solved with the same mindset that created them.”

In a recent discussion with an elderly billionaire who had made his money in the 80’s and 90’s, he was convinced that, “It is the job of the CEO to empower people.” He bristled dismissively when I suggested people might not need him to empower them. Einstein’s quote came to mind, and I realized he was trying to solve the problem from the mindset that had created it. He was well known as a top-down, command and control manager, and he was taking special delight in having the power to empower people, by sharing a little of his power with them.

But empowering someone this way is a subtle way of communicating, “I’m still in power, and the only reason you have any power at all is because I granted a little of mine” – a patronizing and perhaps even belittling view of empowerment. The message is, “You don’t show up fully equipped to contribute – without me, your personal empowerment is insufficient.”

The reality is, we can’t empower people. They show up empowered and all we can do is suffocate their innate ability and desire to contribute, innovate, make decisions and generally be self-managed adults. Empowerment is the absence of the heavy hand, just like an apple seed only grows where you don’t put down plastic. The seed shows up empowered and ready to sprout. I can’t add anything. All I can do is smother it and keep it from sprouting.

But Give Me a Reason I Should Engage With You

Engagement, however, is all on us. While people show up empowered – it’s who they are, the seed is complete – they are likely to show up not engaged in any way. The apple seed can remain just a seed for a very long time if the conditions aren’t right to grow. In the same way, people will be in neutral until you give them a reason to use their empowerment to make the company better. Engagement is the addition of leadership, principles, resources, guidance, training, community, teams and incentives – like the addition of water, sun, fertilizer, and good soil are to growing the apple seed. The seed shows up fully complete and ready to grow, but won’t until it sees the right conditions to do so.

How To Engage People

Engagement requires that we do a very few things right. We must engage everyone in building a clear vision of where we are going, and require that they play a part in creating a plan to live it out.

Engagement also requires that we build an organizational model that encourages distributed decision-making and other forms of participation formerly reserved only for hierarchical managers. And if we expect people to be fully engaged, we need to invite them to have more control over their time, and to be treated like self-managed adults. We also need to be more deliberate about recognition, rewards, relationship-building experiences, and participation in incentives programs directly related to agreed upon results.

Empowerment is the absence of the heavy hand; the absence of black plastic over the seed. Engagement is the addition of reasons to get involved – leadership, vision, tools, values, resources, guidance, training, metrics, and relationships. Get out of the way and people will show you how empowered they already are.

Don’t waste time trying to empower people. They already are. Just give them a reason to be engaged, give them the resources they need to grow, and get out of the way. And watch your company take off.

Why It Isn’t Hard to Find Self-Managed Stakeholders

Business Diseases of the Industrial Age 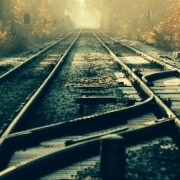 A Stunning 92% of Companies Want to Reorganize This Year. Here's Why You Need to Be One of Them.

How to Stop Managing & Be Productive Instead

Stakeholders - A New Model for the Participation Age

Why Solving Problems Always Leads to More Problems, and How to Stop the Mad...