Traditional business training focuses the leaders on production. But research shows that focusing on the people instead is more likely to help your production.

People Are Profit, Not Overhead

It’s easy to make a correlation between the speed of the assembly line and the number of widgets produced. We like direct correlations; it’s easier for the human brain to comprehend.

But research is now consistently showing that when you focus on the people, all the production numbers that command and control businesses mistakenly focus on get better. Capitalism, it turns out, works a lot better when you build great relationships, have a great culture, and encourage community at work than when you focus on trying to get your assembly line to run faster. Focus on the people, and they will make your assembly line run faster.

Focus on People and Grow Well

James Heskett and John Kotter, Harvard Business School professors, did a decade long study of companies focused on performance-enhancing culture, and companies with more traditional focuses. Their findings, published in a book called Corporate Culture and Performance, are shown in the graph below:

Look at the stunning differences: companies focused on culture grew six times faster, increased their value over ten times faster, and had 756% faster income growth. Data like this sadly highlights the fact that most executives don’t like facts. They want to keep doing what they’ve always done because it’s what they know, not what will help the company succeed. Any leader looking at the above graph should immediately focus every resource they have on getting their culture right. Instead, they will go right back to oiling the machinery and trying to make a better deal with a shipper. Nero fiddles while Rome burns.

Here’s another angle showing similar results. Raj Sisodia, in his book, Firms of Endearment, found twenty-eight Fortune 500 companies, what we call Participation Age companies, that valued purpose and making meaning, over production and simply making money. Here are the results: 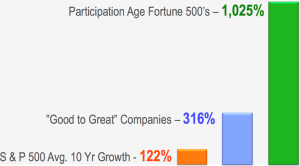 Again, stunning. These companies focus on something bigger than making money that coalesces their people around a vision of how they can each individually make a difference inside their companies and in the world around them. This emphasis on getting people motivated to make meaning resulted in these twenty-eight companies growing four times faster than Jim Collins’ oft-referenced Good to Great companies, and ten times faster than the norm.

It also means that HR will likely no longer be a department; it is already extinct in many Participation Age companies. Instead it will be a core responsibility of executives throughout the company to care for people more than machines. Experts will focus on production, and leaders will be chosen not because of their production expertise, but because of their people expertise.

Companies like Davita, with 65,000 Stakeholders are shining examples of this focus on people. Their story of rags to riches is one small proof that if you take care of people, they will take care of production. Davita went from near bankruptcy in 1999 to 1,200% growth through 2015, by moving away from command and control hierarchy to an emphasis on great culture and distributed decision-making. Read their story and get motivated to leave the factory system behind. 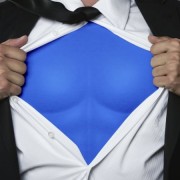 4 Steps to Fixing Your Weaknesses by Focusing on Your Strengths 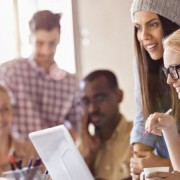 Management is a Bad Idea.

Take the Test; Are you an Employee or a Stakeholder?

Employees are Always a Bad Idea.

Industrialists Are Not Capitalists

Why You Can Never Empower People, but You Absolutely Must Engage Them